You may have heard of ETH 2.0, most likely hyped as a major cryptocurrency event and opportunity. What is ETH 2.0 though and is the hype surrounding it justified?

ETH 2.0 is an upgrade to the Ethereum network that also bears the name “Serenity”. Serenity is a major update unlike any before it. It has been in the works for years now, and its first phase will likely commence in 2020.

In this article, we take a look at ETH 2.0, its timeline, technical details, and the opportunities it may offer to investors.

What Updates does ETH 2.0 Comprise?

The Serenity update will impact the Ethereum network in two significant ways.

The PoW protocol is the consensus mechanism bitcoin uses. It relies on physical computers, capable of churning through an ungodly amount of data every second. Such ASIC (Application-specific Integrated Circuit) miners are expensive, consume lots of electricity, and generate a lot of heat. They are, therefore, cumbersome and energy-intensive. They also grow obsolete quickly, as newer and more capable ASICs pop up all the time.

By contrast, PoS uses virtual miners called validators, instead of the physical devices. Validators deposit ETH as their stake in the network. Like physical miners, validators earn cryptocurrency rewards for their contribution to the ecosystem. PoS is more energy-efficient and better-scalable than a PoW-based network. It may not be quite as secure, however, and it may open up vulnerabilities on the decentralization front as well.

A “conventional” blockchain processes one transaction after the other. Its throughput is thus limited. Shard chains split the Ethereum blockchain into several sub-chains, allowing the parallel processing of transactions. Through this system, the network uses its processing nodes more efficiently. Adding shard chains to a single-chain blockchain like Ethereum is like adding more lanes to a single-lane road. It streamlines traffic and significantly increases throughput.

Why do we call the ETH 2.0 roadmap unreliable? The scope of the undertaking is so massive that developers underestimated the efforts it would take to complete several times already. The “schedule” has slipped a few times and there are no guarantees that the current roadmap will hold.

The first step of phase 0 of ETH 2.0 is the implementation of the Casper protocol. Casper is the mentioned PoS consensus mechanism that will run a chain parallel to the current ETH PoW blockchain.

With Casper in place, developers plan to begin rolling out the shard chains. Sharding lends itself well to PoS environments, so it is a logical second step in Casper’s wake. Together, the two upgrades will likely have a massive impact on the scalability of the ETH network.

At one point, developers will introduce a measure meant to dissuade ETH PoW miners from maintaining the PoW chain. They plan to accomplish that through a “difficulty bomb” that will scuttle the profitability of ETH PoW mining.

There is not much point in holding on to PoW from the perspective of the miners anyway. Eventually, developers will “wrap” the entire PoW blockchain into a smart contract and integrate it into the PoS ETH 2.0 blockchain.

Ethereum’s move from PoW to PoS might sound simple, but it is very complicated. There are scores of challenges that explain why developers have had so much trouble rolling out the planned updates.

In its early stages, the PoS chain will be very vulnerable to outside attacks, such as disasters, government efforts to rein in the technology, 51 percent attacks, and hacking.

Furthermore, PoS may not be the decentralization boon developers hope it might be. It may indeed lead to increased centralization.

Future ETH 2.0 blockchain forks will be much more difficult to navigate. PoS encourages stakers (the virtual miners of the future) to support both resulting chains.

The Opportunities in ETH 2.0 Staking

ETH holders are rightly excited about the opportunities ETH 2.0 will give them. By staking the ETH they currently hold, they may be able to earn handsome passive revenues in the future.

Staking is the very definition of letting your money work for you.

What do you have to know about ETH staking?

How much could you earn by staking 32 ETH?

No one knows at this point. According to the updated estimations of stakingrewards.com, 32 ETH may earn you $0.13 worth of ETH per day.

The current dollar value of 32 ETH is more than $7,100. It is safe to say that regardless of what the actual numbers will be, most rank-and-file ETH holders will not get rich off staking.

ETH 2.0 staking may still be a lucrative investment for whales and large entities the size of mutual funds. 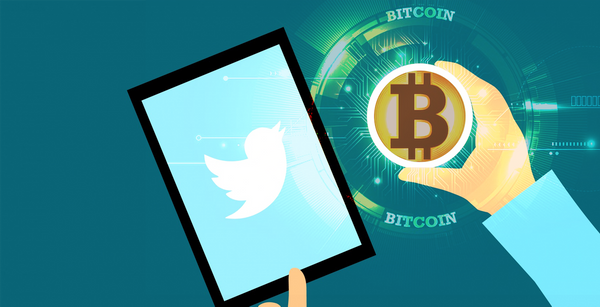 “…one of the worst cybersecurity disasters ever to hit a social media company.”  CNN.On July 15, 2020, an unidentified group of hackers gained access to some of Twitter’s

In this article, we take a closer look at some of the factors that led to this high-profile bankruptcy, and the post-bankruptcy efforts to contain the meltdown. Founded in 1918,