Later, he specified that the suspension would be a 60-day one initially and that it would only affect certain categories of immigrants. He would then re-assess the effects of the order and extend or curb the suspension as deemed needed.

Immigration has long been one of President Trump's favorite issues. Now, with COVID-19 wreaking havoc across the country, he has dusted it off yet again. According to his reasoning, reducing immigration would:

Putting Americans first in line for jobs as the economy re-opens would make sense at first glance. Limiting access for immigrants will hardly accomplish that goal, however, according to pro-immigration and business groups. Thus, the move is likely nothing more than an attempt from the President to use the coronavirus crisis to further his anti-immigration agenda.

Due to the economic consequences of the coronavirus lockdown, over 22 million Americans have thus far lost their jobs.

On the one hand, replacing these workers with foreigners flown in specifically for this purpose would be wrong. On the other, job losses did not result from immigrant pressure on the workforce. These people lost their jobs because no one can leave their house - said Doug Rand, formerly an immigration official of the Obama administration.

Talk of potential labor shortages does not help the farm industry either. Granted, since his initial announcement, the President has backtracked. He has exempted farm workers and those temporarily working in the US altogether. The executive order only targets the issuing of new green cards. Still, it may affect more than 660,000 people, according to the estimates of the Migration Policy Institute.

Could the US economy benefit from the reduction of legal immigration? Will President Trump's executive order do more harm than good?

According to Tim Murtaugh, a figurehead of the President's 2020 campaign, introducing additional competition to the workforce at the time of economic disruption would devastate job prospects for Latino and Black communities. It would also harm wages.

President Trump also mentioned that limiting immigration would preserve health care resources for American patients. There is some logic behind this assumption, although there is hardly any solid data linking immigration to additional healthcare strain.

The harm that the President's executive order may cause to the economy is very real.

Michael Schutzler of the Washington Technology Industry Association squarely stated[1] that shutting down immigration would harm the economy. He also said that the President's assertion concerning the protection of US workers was "ludicrous". It is difficult to imagine how one would start up the US economy by restricting access for job creators. Tech workers affected by Trump's executive decisions are people who create applications, software, and jobs.

Many studies [2] have confirmed that immigration is a net positive for the US workforce.

Todd Schulte of FWD.us has branded the President's move a distraction from the subpar handling of the coronavirus crisis.

New York Attorney General Laeticia James has expressed her intention to "take legal action" against the President's executive order. The Attorney General said limiting access to immigrants would undercut essential services and anti-coronavirus efforts. Many immigrants are currently on the frontlines of the fight against the pandemic.

Ben Johnson, of the American Immigration Lawyers Association, has pointed out the obvious. Through the order, President Trump is likely looking to score political points with his base. These points now have added value, given the proximity of the upcoming presidential elections.

According to Jason Oxman of the Information Technology Industry Council, through his order, President Trump is endangering the economic recovery of the country.

Microsoft president Brad Smith has identified [3] the industries most likely to suffer as a result of the suspension of immigration. Smith has singled out healthcare, food supply, infrastructure, IT, and research. We have to note, however, that in its signed form, the order exempts the workers of most of those industries.

What exactly does the executive order mean for immigrants?

The order suspends the issuance of new green cards for 60 days. The suspension may be extended. If you are now looking to pick up your green card, you will not be able to do so.

The suspension does not apply to:

The legal status of green card applicants already in the US is now in limbo. Many of these people have jobs, kids in school/college.

According to business immigration lawyer Thamina Watson [4], those already in the US on a green card or temporary visa, should not leave the country.

Only time will tell whether the President's actions on immigration help or hurt the economy. What is certain already is, however, that barring German and Japanese executives from traveling to the US and overseeing the activity of their businesses there, will hardly help employment, or the jump-starting of the post-COVID-19 economy. 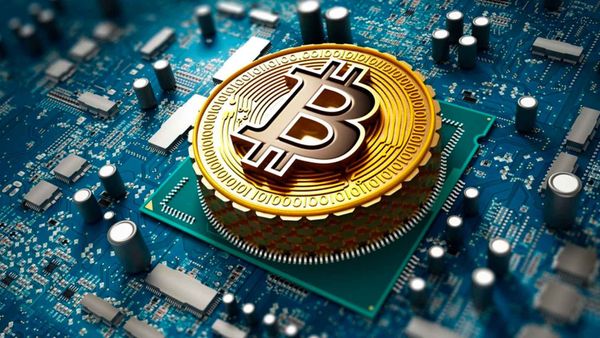 Bitcoin miners process transactions, solve complex mathematical problems, and secure the blockchain through the work they do. As a reward for this work, they get bitcoins. For every new block,